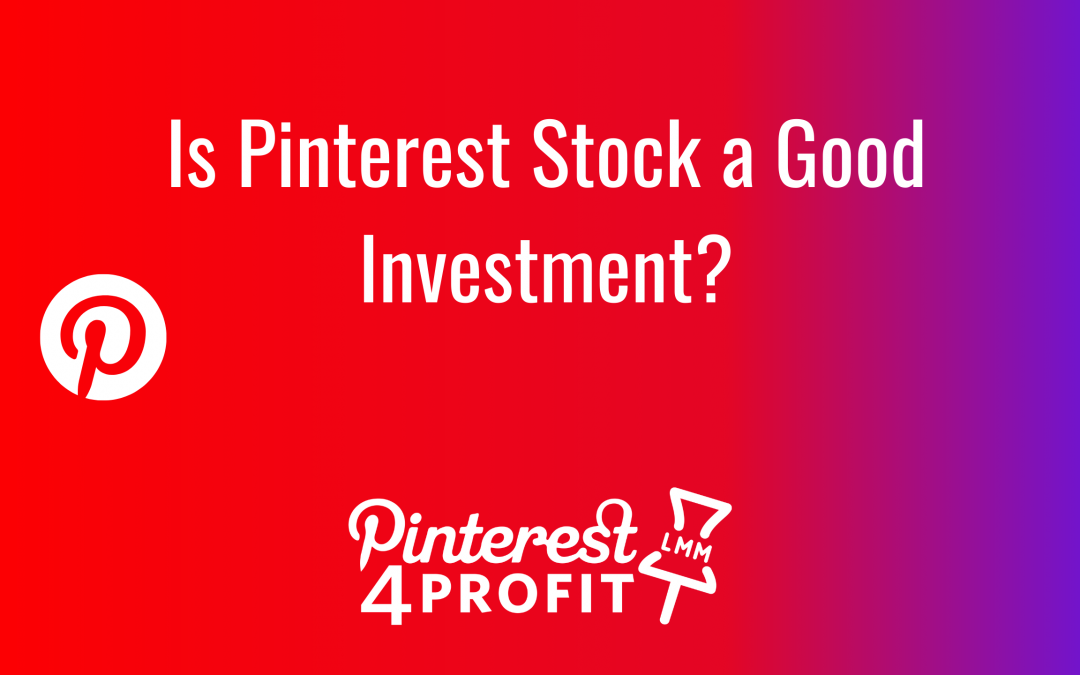 In 2019 Pinterest stock opened to the public at a mere $23.75 and a total value of $10 Billion. As the global pandemic strikes down other stocks, Pinterest has survived the plunge and continues to offer a promising future to its many investors. As a matter of fact the outlook is more than just positive, Pinterest expects its stock to rise over 30% over the next year as the number of monthly users continues to rise.

One of the major reasons Pinterest is enjoying this unparalleled success is that during the Pandemic many people are taking the time to engage in their favorite platforms and websites. There is hardly a time when this platform is more needed as people are looking for entertainment, cooking plans and other ideas of things to make and do.

Pinterest is a unique social media platform that allows the users to search for and pin a piece of content for later reference. This could be a link to a website, an article and image or just about anything else. Pinterest harnesses the power of visual engagement to allow people to find the pins they are interested in seeing in their regular feed.

It is true that the vast majority of users on Pinterest are female, nevertheless, men have been flocking to this platform over the past few years. But, for the time being, women still hold the majority of the user-base with over 70% of all users being women. But the real power behind Pinterest is the details.

According to the stats, over 40% of all households making over $100,000 a year use Pinterest and 50% of all Millennials are using it as well. Furthermore 34% of all adults between the ages of 18 and 29 and 35% of those between 30 and 49 also use this platform which beats out the competition from Snapchat or Twitter.

Why Is Pinterest Such A Good Opportunity For Marketers?

Pinterest has been hailed by marketers for the sheer quantity of users it has. It has been estimated that as many as 250 Million users are active on Pinterest each day and the number is rising higher. One of the major reasons this is such a suitable marketing tool is because of the demographic it attracts. Those that are using Pinterest are those who have a strong interest and desire to pursue a plan, create a project or make a purchase. This is not the same as other platforms where people are looking for entertainment and something fun to do.

According to the statistics, 98% of people are more likely to try the things they find on Pinterest as opposed to a mere 71% found on other platforms. Also, those users on Pinterest are almost 40% more likely to be an active shopper in comparison to those who are not actively using this site. Finally, over 93% of all users have used Pinterest to make their purchasing plans.

Pinterest is the ultimate hub where people go to make new discoveries, try new things or learn about new options available to them. This makes it the ideal place to set up a commercial venture and advertise products and services that people will probably be interested in.

Pinterest launched its very own marketing platform recently and this has sparked much interest. Studies conducted on this formidable online marketing platform have shown that promoted pins do encourage a greater amount of engagement and attract more traffic than the same sort of business ads promoted on other sites. Pinterest allows a marketer to set their budget parameters, target audience and time duration they would like their ads to run.

All in all, Pinterest provides an impressive platform brimming with advantages for those looking to market online. It is chock full of leads and the latest marketing platform allows a business of any size plenty of room to grow. There is not only an extensive range of clients and audiences available but there are also plenty of ways to monetize. As an investor, this is an especially exciting prospect.

The main reason that Pinterest is such an impressive and promising prospect for its many investors is that it makes such a suitable platform to advertise. A huge factor that contributes to its suitability as a trading platform is that the marketing aspects are still young and fresh and the active user base is still outperforming that of other websites. Better still, this has not been reflected in the correct stock price value.

The room for growth is basically limitless as Pinterest has the capacity to increase profits per user. In other words, because Pinterest is such an effective marketing tool advertisers will continue to flood the market with advertising cash which will only serve to increase the bottom line.

As mentioned, Pinterest is an especially popular platform with the younger generation and the following is only rising higher and higher along with the numbers on the Pinterest Stock in the market. This is a very good sign for an investor such as yourself. It is very important that the platform in which you invest has a strong following from the younger demographics coupled with the same type of attention from the 30 to 49 audience as well. This shows that the platform has what it takes to last and grow from a strong and varied customer pool.

But, there are plenty of other good reasons to love Pinterest as a worthy investment option. The fact that it has stood unscathed despite the global pandemic is a testament to its formidable nature and foresight. Pinterest is still growing and expanding from a good rally they achieved in April. The platform is currently undergoing some changes that will make the platform more attractive to new users while still holding to the values that attracted its core user base. So, all in all there are plenty of reasons for a savvy investor to like Pinterest as a formidable advertising platform expected to grow and progress with in the future.

We’ve been working for some of the biggest and most powerful brands in the industry with crazy good results! (Ask us for case studies). You’ve got your best chance to have radical success on this platform with a powerhouse team! We’ve got custom software, reporting and have literally tried and tested anything you could possibly imagine related to Pinterest locally and internationally with a large range of ecom brands. We’re happy too help give you an idea of what we think is your best approach to open a new platform! It’s never been a better time than now to jump on the Pinterest advertising bandwagon and as you’re considering investing in Pinterest Stock in the market or personally with your brand.